“Some and Not Others” 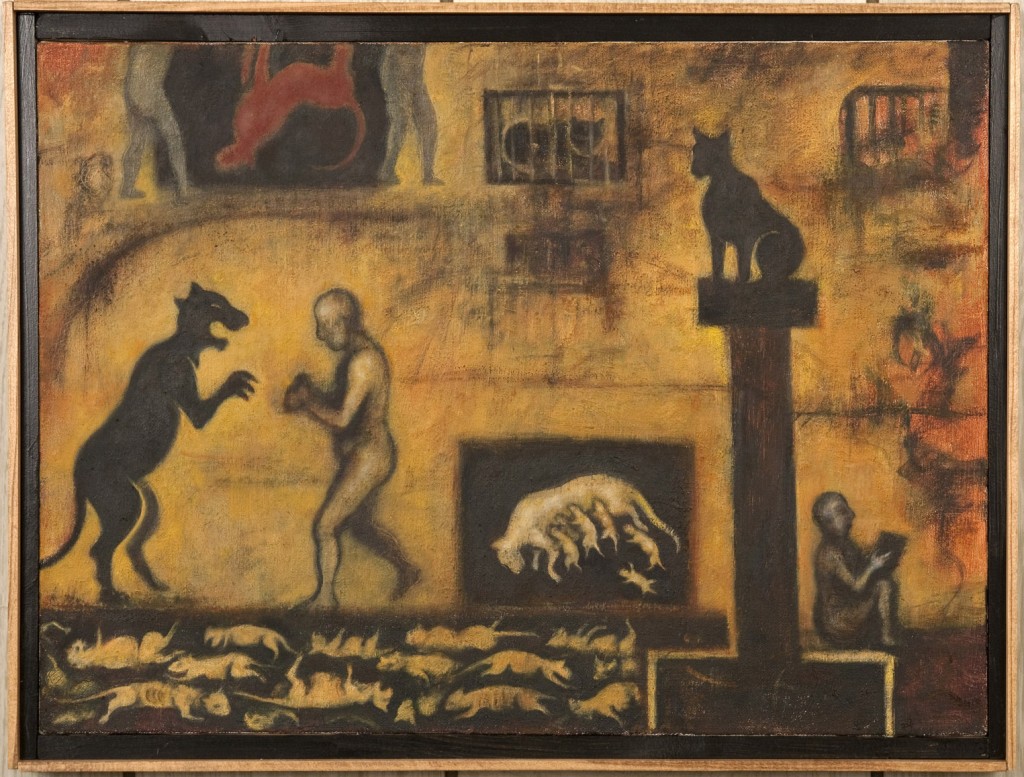 “Some and Not Others” by Rebecca Wolfram

La Llorona Gallery announces an exhibition of the recent 22 oil paintings and drawings by Chicago artist Rebecca Wolfram, with an opening reception on January 24th, 2014, from 6: P.M. to midnight in Chicago. The exhibit in Chicago will be up until February 28th, 2014.  The gallery is at 1474 West Webster Avenue, Chicago.

In previous exhibits, Wolfram’s paintings have manifested an unflattering view of humanity; the works in this exhibit continue in that vein. The main complaint seems to be unjust and cruel treatment of animals, but another theme is the arbitrary nature of suffering and salvation.

Wolfram has exhibited in various venues over the years including solo shows at the Illinois State Museum, Chicago and Lockport; Centro Cultural Valverde, Madrid, Spain; the Hurn Museum, Savannah, Georgia. She has participated in exhibits in Mexico at the Casa de la Cultura in Juchitán, Oaxaca, and the Casa de la Cultura of Oaxaca City. In the 1980s she was a member of the artists’ collective Axe Street Arena, traveling to Nicaragua as part of a cultural exchange. In 2010, and in March 2014 she will present an installation of drawings based on the Epic of Gilgamesh, at Elmhurst College in their Accelerator Art Space.