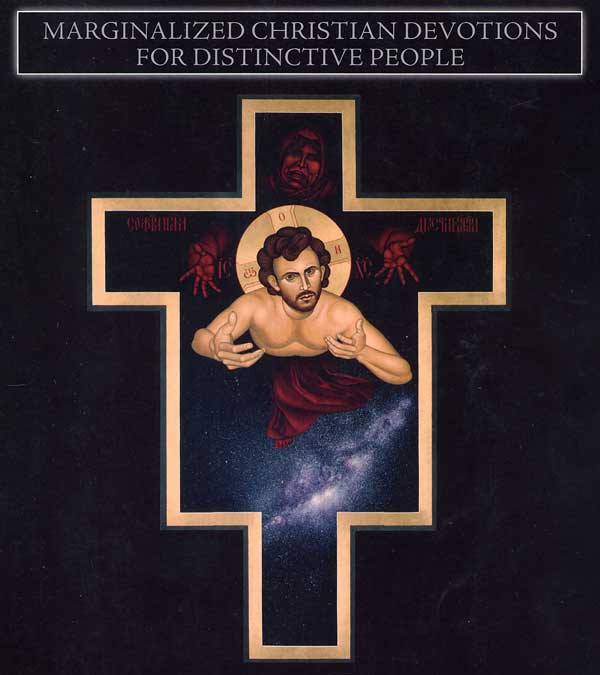 Twenty-two icon oil paintings and prints will feature the work of contemporary artists Robert Lentz, Lewis Williams, William Hart McNichols, and David Lee Csicsko. The images depict influential, yet highly overlooked and occasionally controversial Christian figures who, had they lived in the present, might have been a source of inspiration to gays and lesbians. The exhibition is meant to offer a place where everyone can feel accepted, regardless of their sexual orientation.

The images featured in the exhibition note the manner in which the Catholic Church has questioned the religious sincerity and credibility of these Christian figures, and replace that doubt with tolerance. The paintings are meant to remind everyone that regardless of sexual orientation, or any number of personal characteristics, everyone has his or her own place in the history of Christianity. Specifically the saints and other religious persons who have had their sexuality or lifestyle questioned, simply because of loving someone of the same sex, have their full religious importance restored through these icons.

The exhibition emphasizes the importance of these Christian figures, who often go unnoticed, and calls attention to the good that has come from their lives. Through the explanation of these figures’ influence on religious history, “distinctive people” can find a connection with Christianity and a greater feeling of belonging in the religious community. In a broader sense, these paintings may help everyone find acceptance within the Christianity as well as setting the foundation for a new understanding of those different from themselves.

These same values of acceptance create the mission statement of the Living Circle, a Chicago area interfaith community. Meant to be a place where anyone and everyone is welcome to be themselves, this organization is a spirituality center that stresses the fact that God loves all of his children regardless of whom they love. Reflecting that purpose, ‘Passionate Holiness’ communicates understanding and generates a great context within which gay, lesbian, bisexual, and transgendered, or “distinctive people,” can find community.

The Living Circle stresses that everyone has their own place in God’s eyes, and in the greater society. The gay, lesbian, bisexual, and transgendered people make up a visible part of the religious community and have a strong presence in the history of Christianity. They, as well as all people, have affected the trajectory of the Church in some way, whether it is through art, music, or sheer presence. Everyone has a place in society and should never be shunned by a community that stresses the unconditional love of the divine.

Brother Robert Lentz, born in 1946 in Colorado, is a Franciscan friar famous for his icon paintings. He studied Byzantine iconography in a Greek Orthodox Monastery at the school of Photios Kontoglou. In addition to painting, Lentz teaches about art and spirituality throughout the country. He also works to lessen the fundamental divide between Islam and Christianity. His paintings utilize Byzantine iconographic form and composition to depict contemporary subjects and issues to help promote positive change within the Church. In the future, Brother Lentz aspires to create an iconography school where he can further the development of contemporary religious art.

Lewis Williams studied fine art at Northern Arizona University and earned a Masters of Fine Arts in painting from Utah State University in 1991. While working with people with special needs, he has studied under iconographer Peter Pearson as well as under Robert Lentz to become an iconographer. Through extensive travels, Williams has come to believe that contemporary and future icons need to and will come to concentrate on societal concerns and therefore give a voice to those who have none.

William Hart McNichols hails from Denver, Colorado, where he began creating art from a very young age. He has studied art, theology, and philosophy extensively at St. Louis University, Boston College, Boston University, and the Weston School of Theology. He was ordained a Catholic priest in 1979. In addition, Father McNichols studied art at the California College of Arts and Crafts and received a Master of Fine Arts from Pratt Institute in 1983. During 1990, he relocated to New Mexico to study icon painting under Robert Lentz and became part of the Archdiocese of Santa Fe. Father McNichols has contributed illustrations to over two dozen books and in 2007, began working on the Publication Ministry of Icons.

David Lee Csicsko is an artist and illustrator. He is well-known for designing leaded glass windows in Chicago churches and his wide range of sacred and secular graphic work, including 90 works of leads glass, prints, drawings, mosaics, and textiles. He created 12 mural paintings for the Belmont 2000, on the CTA’s Red Line and graphics for the Museum of Science and Industry’s exhibit , History of Video Games.